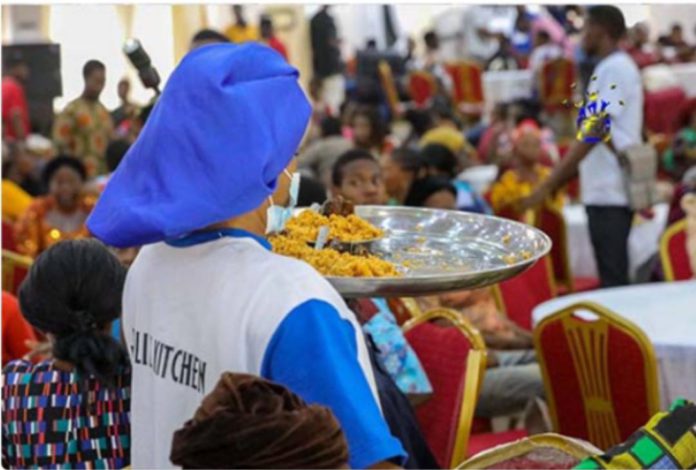 Founder and Pastor of the Omega Fire Ministry, Apostle Johnson Suleman, has finally opened the promised ‘eat and go’ restaurant where masses are allowed to eat freely without paying.

It was reported that the Man of God promised to feed the poor with the reason that it is the right way to use money rather than throwing money around.

This has been fulfilled and the first round of free food has been served to hundreds of beneficiaries who showed up.

“Stop throwing money around. Help the poor, it is the voice that will speak for you when you are no more,” he said.

He also made it known that the project is to bring relief to the poor, as his upcoming birthday gift.

The restaurant will run initially for 12 hours to be feeding at least a thousand people on a daily basis. Subsequently, it will metamorphose into a 24-hour venture.

“Spending N6m weekly, 24 millionaire monthly, to be feeding at least a thousand people every week. Just walk in there and eat,” he said.

He disclosed that the restaurant is opened to everyone no matter one’s religious group whatsoever.

“Whether you are Muslim or Christian, hunger has no religious inclination. Come, eat, and go!” he made this revelation during a sermon.

Apostle Suleman, however, cautioned persons capable of feeding themselves not to show up at his venue as it will deprive needy persons their share.