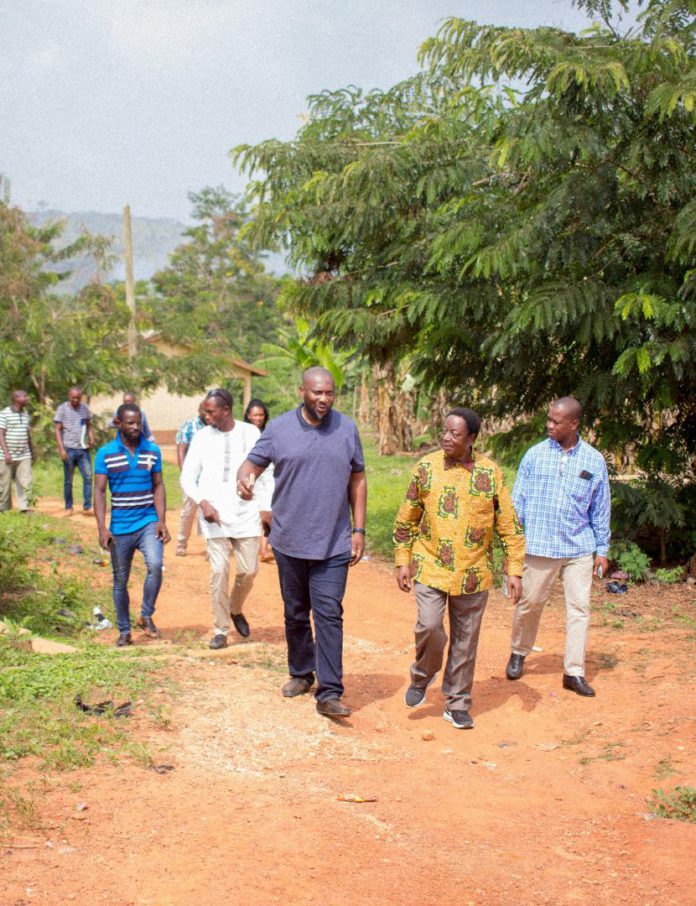 According to him, without addressing the concerns of the branch and constituency executives, the party cannot properly reorganise its machinery and effectively restrategise.

The former Bank of Ghana Governor made these remarks while addressing party grassroots at some branches and constituencies in the Ashanti Region over the weekend during an official party outreach programme.

The outreach programme forms part of the NDC’s reorganisation efforts ahead of the 2024 general election.

Singer Feli Nuna says the promotion of her new song ‘Towel’ in bath towels wrapped around her for media interviews will take a dramatic turn when she releases a song about panties.

In the past few days, the musician has been spotted on Radio and making appearances on TV in either white or wine towels to push her song.

Speaking in an interview with Ghanaian blogger SammyKay, Feli Nuna noted that she won’t be bothered about what people will say provided it helps promote a song and fills her bank account.

“If I do a song called pant maybe you might see me wearing pants. I’m an artiste so it’s my job … If it’s a must for me to do that, I will,” she said.

Although it’s an obvious stunt to get the song trending, the strategy seems not to make any impact.

According to Nuna, her parents are aware of her new marketing moves to get her song to go far.

The visuals for Black Sherif’s hit single ‘Kwaku The Traveller’ has garnered over 1 million views in less than 24 hours since its premiere.

The intriguing video directed by renowned videographer, David Nicole Sey was released on Thursday, May 19.

‘Kwaku the Traveller’ begins with a close shot of Black Sherif’s face with fire burning in his eyes.

The camera then zooms out to show the rapper standing in front of an audience who seem angry at Black Sherif.

Following the commercial success of Black Sherif’s hip-hop banger, it’s only right a well-deserving music video is accompanied to complement the song.

A Ghanaian pastor has been caught red-handed screwing a married woman in her matrimonial home in the absence of her husband.

The pastor, whose name is not yet known, was nabbed in the act sweating profusely as though he was partaking in an Olympic marathon.

When he was subjected to questioning, the so-called man of God claimed he was invited by the woman, also believed to be a member of his church, when nobody was home.

In a viral video obtained by GHPage, he confirmed that he was fully aware that the woman was married with children.

According to him, the woman rang his phone to tell him that she was feeling lonely at home and needed company.

As a man of God who cares about the welfare of his members, he stopped everything he was doing and quickly headed for the woman’s house.

However, one thing led to the other and they had sex.

Watch the video below

When he was pressed to explain how he stripped down to his pants and ended up in bed with the woman, knowing well that she was married, he began beating about the bush.

It’s shocking how a pastor who carries the Bible as his armour and preaches against adultery forgoes his own teachings to fall victim to what he condemns.

What are his members expected to do as well?