Director of the Institute of Statistical, Social and Economic Research (ISSER), Prof. Peter Quartey has intimated that Ghana will be better off with revenue from the e-levy than resorting to the international monetary fund for support.

Speaking on the Super Morning Show, on Wednesday, he noted that in spite of the negatives, the e-levy will provide substantial revenue for the state at a time when the country is going through economic hardships and has been downgraded by Fitch and Moody’s.

He opined that it is prudent for the state to raise its own revenue than resort to the IMF which will propose “harsh” measures that will not augur well for the economy.

“You’ll recall that when we suffered the downgrade, one of the reasons was the fears that we’ll not be able to meet the needed revenue, so there’s going to be a revenue gap, but e-levy comes in to balance.

“Having passed the e-levy will give some sort of assurance that revenue gap will be plugged in one way or the other, perhaps not fully, but at least there’s some revenue that will be realised from this,” he said.

He further argued that at a time when youth unemployment is still very rampant, it wouldn’t be safe to comply with an IMF recommendation of freezing employment, should that be part of proposed measures, by the Britton Woods institution.

“I don’t think it will augur well for us as a developing country. So if we can find ways to raise revenue and create revenue, I think it’s better than when we go for some of these harsh measures,” he stressed.

His statement was in reaction to the passing of the Bill by Parliament on Tuesday, March 29, 2022.

Despite the benefit the Professor highlighted, he said one factor that can deter consumers from patronizing transactions affected by the levy is the rate charged, which is 1.5%.

“If you’re going to tax, you ought to be very careful with the rate at which you tax since there are other options and as for me, this is why we recommended that a rate below 1% is something that most consumers will cope with, but as the rate increases, be rest assured that people will find alternatives and you may not be able to realise the revenue earmarked,” he said.

This decision was reached after the Consideration Stage was completed by a Majority-sided House.

It was considered under a certificate of urgency.

The Bill was adopted at a reduced rate of 1.5% from the initial 1.75% amid a Minority walkout.

President Akufo-Addo is expected to assent to the Bill for it to become law.

1.5% on e-levy will drive e-transaction consumers away – Prof Quartey to government

The newly appointed Chief Executive Officer of the Commonwealth Enterprise and Investment Council, Rosie Glazebrook has paid a courtesy to the Minister of Finance, Ken Ofori-Atta and the Minister of Trade and Industry, Alan Kyeremanten, to discuss the upcoming Commonwealth Business Forum which takes place beside the Commonwealth Heads of Government Meeting in Kigali, Rwanda from June 21st to 23rd.

She also discussed trade and other opportunities within the ECOWAS sub-region with them.

Speaking to the press, Rosie Glazebrook stated that the Commonwealth is keen to use its convening soft power to promote trade, investment and innovation across all 54 countries of the Commonwealth:

She continued, “Ghana and Africa have great resources and human capital that when harnessed properly will propel the entire continent to new levels of economic and geopolitical power. We want the Commonwealth to be a partner in this success story”.

Whilst in Ghana, Mrs Glazebrook met with a cross section of Ghanaian businesses who have been specially invited to be part of the Commonwealth Business network in Ghana.

Mrs. Glazebrook who until her appointment was the First Commissioner of Her Majesty’s Civil Service of the United Kingdom, takes over from Samantha Cohen CVO, the former Private Secretary to Queen Elizabeth who has recently been appointed as Chief of Staff to the UK Prime Minister, Boris Johnson.

CWEIC is a commercial, not-for-profit membership organisation with an official mandate from the Commonwealth Heads of Government to facilitate trade and investment throughout the 54 Commonwealth member nations.

The role of CWEIC is to use the convening power and trusted network of the Commonwealth, which is led by Her Majesty the Queen, to drive trade and investment.

Every two years, CWEIC hosts the Commonwealth Business Forum in association with the host country of The Commonwealth Heads of Government Meeting (CHOGM). 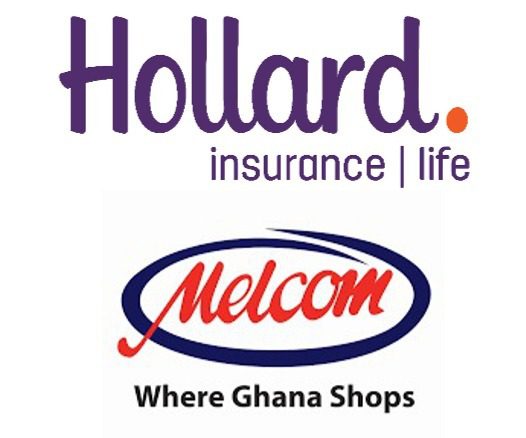 Insurance and commerce partners Hollard Ghana and Melcom have announced the extension of their “Shop and Insure” collaboration beyond the current in-store Hollard on-the-go booths in select Melcom stores, to e-commerce on www.melcom.com.

This move will enable more Ghanaians to conveniently use digital means to access financial security on their purchases and lives.

The existing partnership between the unconventional insurance group with subsidiaries Hollard Insurance and Hollard Life Assurance, and the retail giant, Melcom, enables customers who enter selected Melcom stores to sign up for insurance on their appliances, electronics, and families while they shop.

“Consequently, with this move to e-commerce, we have elevated our pioneering partnership with Melcom by adding digital to the conventional brick and mortar store distribution channel.

“We are proud to acknowledge that this aligns with our purpose of courageously pursuing a better way to improve the lives of Ghanaians.”

“Our goal at Melcom is to be a one-stop shop for all our customers. Recently, there has been a surge in e-commerce since the outbreak of the COVID-19 pandemic. As a forward-thinking company, it is only prudent to add insurance to the variety of products available in our online shop.

Customers can now log on to www.melcom.com to enquire about the unique insurance products as they shop for their groceries and home essentials online.

“We believe it will deepen our partnership with Hollard while increasing insurance penetration in the country”, said The Directors of the Group. 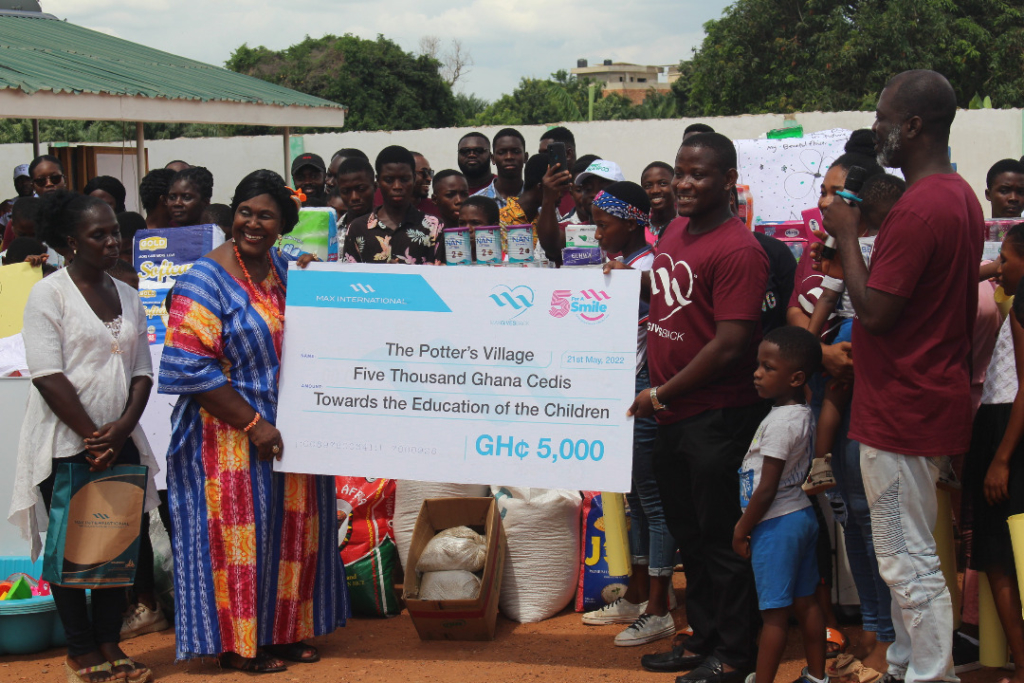 Max International-Ghana, a global leader in glutathione-enhancing products has taken its ‘MaxGivesBack’ initiative to the Potter’s Village Home where it made mouthwatering donations to the children.

With the mission of empowering people not only to experience better health, success, and significance it is also providing for the needy and enhancing lives of victims of domestic violence, deprived children and orphans as well.

Other items are sanitary pads for the girls, washing basins, beans, diapers, and reading books.

The company also donated a cheque of ¢5,000 towards the educational needs of the children.

The Country Manager of Max International-Ghana, Miriam Mahama averred that the donation is part of her outfit’s Corporate Social Responsibility (CSR) which is carved under the “5 For A Smile” project where customers as well as staff donated ¢5 towards such worthy cause.

She also pointed out that the company is not reaching out only to orphanages, but the community as well and that during the COVID-19 lockdown, the company did a lot in the community to help people survive the situation.

“It is not only about revenue, but giving back to society. And for us being here at Potter’s Village, it’s a privilege to donate and assist these children with food items and cash for their educational needs. We encouraged them to keep their hopes and dreams alive,” she said.

Receiving the items on behalf of the Home, the Founder of Potter’s Village, Rev. Jane Adu thanked Max International for the gesture and saID the children are happy for the donation since it will go a long way in bettering their lives and their stay in the Home.

“We have one of the children at UCC, three at the University of Education, others at various stages of education…right from the creche to Senior High,” she added.

Rev. Jane Adu however noted that, most orphans find their way in that situation because of bad marriages, hence the Home is establishing a Marriage School where all the facts about marriage will be taught.

According to her, there are 39 factors one has to consider before getting into marriage and that the school when completed will ensure that it imbibe into the youth, these factors so as to help build strong marriages and thereby prevent the orphan’s situation in the country.

Wontumi Has His Positives But,….. – Osei Kyei-Mensah Bonsu (VIDEO) | Elections