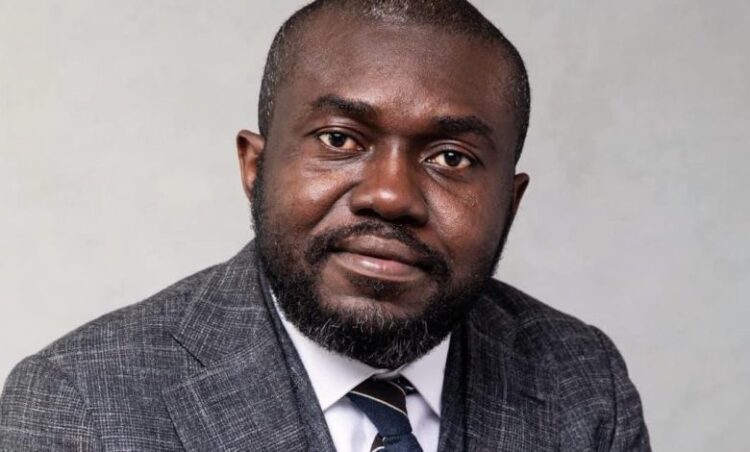 He claimed in a Facebook post on Thursday, March 31 that GIMPA had taken the decision to stop him from lecturing simply to save its relationship with the presidency.

“On Monday 28th March 2022, I held, pursuant to an invitation to guest lecture at the Gimpa Faculty of Law, a Lecture with a combined class on the use of Force in Public International Law. The lecture focused on the historical vissicitudes in the law of war in international law and contextualized recourse to warfare by State actors in their international relations. The Ukraine-Russia conflict provided an interesting backdrop for grounding the perspectives.

“On Tuesday 29 March 2022, the Dean of the Gimpa Faculty of Law, Dr Alex Ansong, sent a message on whatsapp and then subequently wrote formally to convey news that my subsequent lectures will be cancelled and I was being disinvited.

“The primary reason for the dis-invitation was that the President of Ghana was going to be hosted by Gimpa on the same day that I will be speaking at the Faculty. In this connection it was considered that “the timing of my lecture at the Faculty was fundamentally inappropriate”.

According to the Dean, the School concedes rightly that “the topic of the use of force in international law has no bearing on the charge of treason felony” the State has brought against me; that the cancellation of the lectures raises questions of academic freedom; and that I “may very well be acquitted of the treason felony charge”; however, they are concerned about the image of the Faculty and GIMPA with the Presidency.

“I want to thank the Faculty who invited me; and who spoke against the decision to cancel the lectures. While I am surprised by the decision of an academic institution, and no less the FACULTY OF LAW”, I have come to accept the whittling down of the space for dissent and democratic accountability in what we continue to insist is a democracy.

“I understand that some may consider it a function of a failed democracy, for our academic institutions to view themselves as first accountable to a culture where the abuse of power is rampant and subservience to the autocratic tendencies of State power prevails often over rigorous debate and disagreements.

“However, I bear no such judgment. I only hope that one day we truly heal our Republic and that the strife for true “freedom and justice” that our coat of arm bears has meaning in how we operate our democracy.

“I want to thank all the Students for a very enjoyable lecture. I hope that this news does not depress their interest in using law to hold power to account. I encourage them to keep pushing for power concedes nothing without demand. And in our everyday interaction with tyranny, we should be minded to push its limits rather than accept defeat!” Barker-Vormawor wrote on his Facebook page.

He had revealed on the same platform on Monday that he had been invited by GIMPA to lecture students in its public international law class from Monday, March 28 to Thursday, March 31.

“Over the course of this week, from Today to Thursday, I will be guest lecturing a Public International Law Class at the Gimpa Law School.

“I will be teaching the “Use of Force” in international law.

Barker-Vormawor was arrested last month, detained for over a month and then charged with a treason felony following a Facebook post he made in which he vowed to stage a coup if the controversial e-levy was passed by parliament.

Meanwhile, the e-levy was passed by parliament on Tuesday, March 29 and is awaiting presidential assent to become law before its implementation.

The e-levy is a 1.50% tax the government is imposing on all electronic money transfers.

Sarkodie has ‘opened so many doors’ for me – King Promise recounts

“Thank God for Sark. Just meeting him opened so many doors. He didn’t have to. But out of just him being a good person, he introduced me to a lot of people.”

King Promise indicated that Sarkodie spread a good word about him even at “places” that he “wasn’t present.”

“I’m thankful that I could repay and be who I am today so he can say that he is proud. By the grace of God, we’ve given some back-to-back bangers and it’s only right.”

He added that when he met Sarkodie, he thought the rapper was going to sign him onto SackCess Music. However, that didn’t happen as Sarkodie handed him over to someone who had the time and the money to ensure his career took off well.

According to him, Sarkodie has never taken anything for all that he has done for him.

“That’s my father in the game. And he never took anything from me. He used to pick me from Nungua to a studio. King Sark, I love that man forever.” 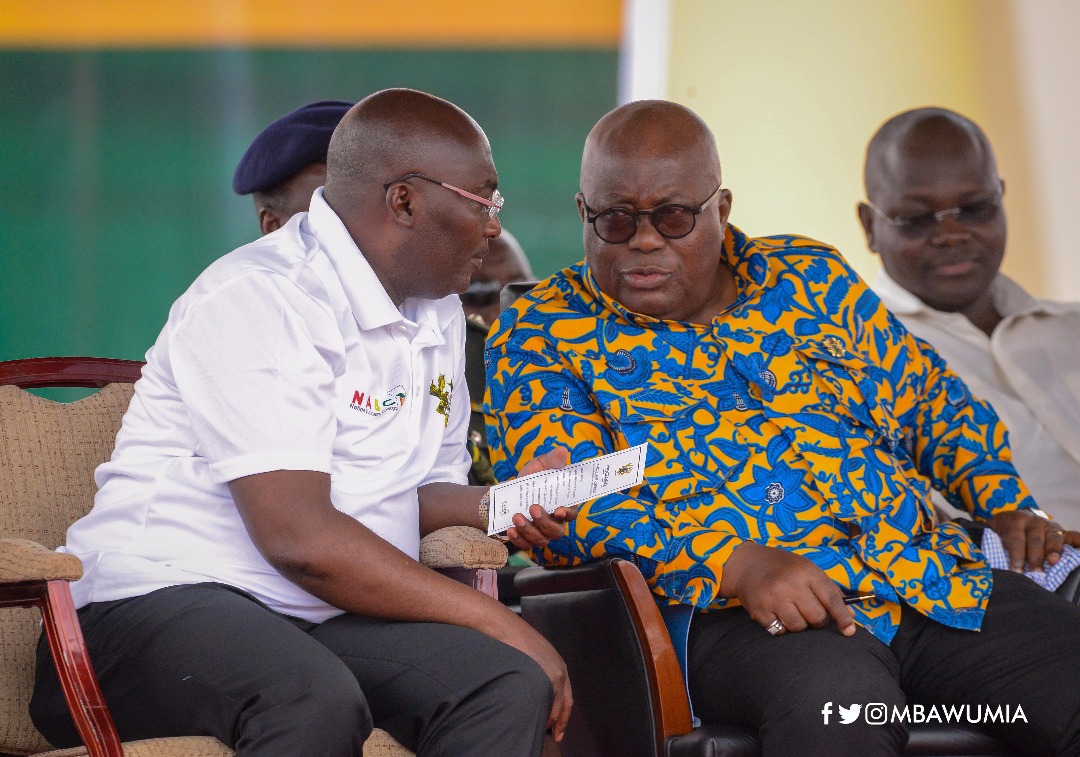 He urged them not to allow the National Democratic Congress (NDC) to throw the dust into the eyes of Ghanaians with lies, but to propagate the good works of the NPP.

“Looking into the future with lots of prospects for the NPP government. Join us, as we strive to change the narrative. We certainly have a good story to tell.

“Let’s push for more. The NPP is visionary and more determined. Let’s tell our stories,” he said on Accra-based Wontumi FM.

He also explained that the government has undertaken several projects such as the construction of roads, health centres, educational infrastructure, and astroturf projects, among others that are ongoing in his constituency.

He added: “We should always be equipped and ready to show Ghanaians, beyond any reasonable doubt, our brilliant initiatives as and when they take place because that is what the people want to see when they vote us into power.” 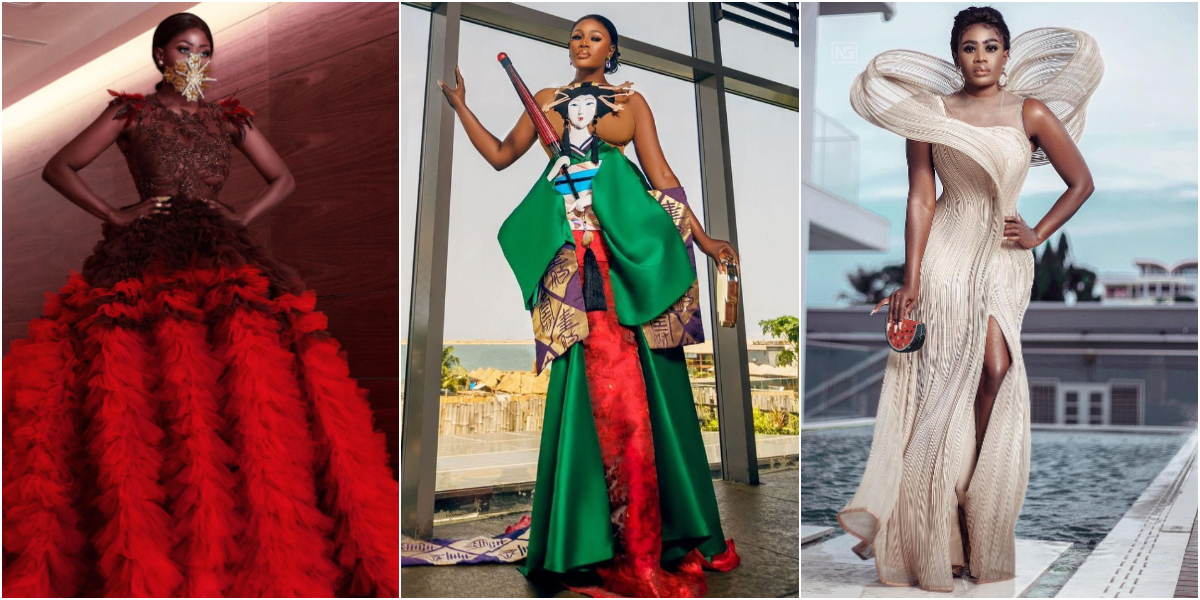 The multiple award-winning style icon was prepping to get Africa gagged like she always does with her appearances, especially in the history of the AMVCA red carpet.

The 8th edition of the award show which is happening today, May 14, 2022, in the prestigious Eko Hotel and Suites, Victoria Island, Nigeria was nothing short of glamour and style ‘orgasm’ from Nana Akua Addo.

The fashion gem showed up as a royal geisha wearing a rich Japanese traditional silk outfit of green color with a beautiful art piece of a maiko embedded on the front of the outfit.

Akua graciously complimented her ravishing look with subtle yet mesmerizing makeup and held her hair back with much simplicity as she photographed stunningly as seen on her Instagram page.

The outfit has already garnered massive attention on social media and is already causing tongues to wag as fans and netizens gush over her ethereal look.

Although the best winners of the red carpet haven’t been mentioned yet by the organizers, we are positive that our style grandee will be an adjudged best dress per her track record as a three-time winner in 2011,2012, and 2018 respectively.

Nakba Day: What happened in Palestine in 1948? | Israel-Palestine conflict News

Sarkodie has ‘opened so many doors’ for me – King Promise recounts