An Economist and political risk analyst, Dr. Theophilus Acheampong has asserted that mobile money usage in the country has seen a downward trajectory since the e-levy was announced by the government.

According to him, data from the Bank of Ghana’s quarterly statistics (i.e the Summary of Economic and Financial data) suggests that mobile money patronage has dropped significantly in the past three months.

“If you look at November, when the idea was originally proposed, the actual value of MoMo was about 86 billion Ghana Cedis. In December of last year, it dropped to 82.9 billion, and in January of this year it is actually, 76.2 billion.

“So over the course of about three months, we almost see a 10 to 12% reduction in the value of the transactions that are taking place.

He explained that this is some sort of a reaction by consumers towards the policy, adding that the levy could largely derail the digitization agenda.

“In the short to medium term, the value and the volume of transactions will come down as consumers adjust to it and we would see a lot more cash now being utilized within the system which would serve as a disincentive to the whole digitalized inclusion agenda,” he said.

He further emphasised that though the levy is not needed, government must find ways to ensure that it doesn’t derail the digital inclusion agenda.

In view of this, Chief Executive Officer of the Ghana Chamber of Telecommunications, Dr. Kenneth Ashigbey, called on the government to devise a measure to disincentivise Ghanaians from cashing out from their mobile money wallets.

According to him, should the volume of electronic money transactions continue to decrease, as has been witnessed since the introduction of the E-levy, the purpose of the levy will be defeated.

He has therefore called on the government to discourage Ghanaians from cashing out from their electronic wallets by revising the E-levy law.

Playback: Newsfile discussed E-levy law and state of the nation

There’s been 10 to 12% reduction in mobile money transactions since November, 2021 – Dr Theo Acheampong 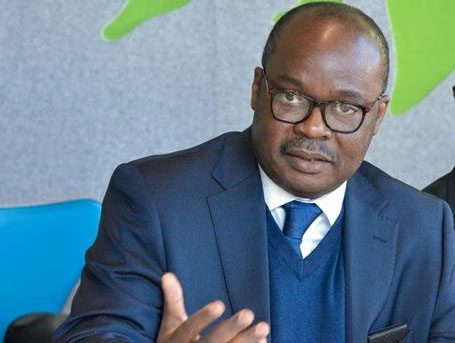 According to Databank Weekly Fixed Income Update, the country’s 18.23% and 19.26% rates for the 91-day and 182-day Treasury bills respectively are the highest on the continent.

The Treasury bill rates in the country are however lower than the inflation rate of 23.6%.

Indeed, the relentless pace of inflation has stretched real returns on short term securities further down into the negative territory. So if you have bought Treasury bills in recent times, the return on your investments is negative.

This situation will compel the Bank of Ghana to increase its Monetary Policy Rate which currently stands at 17% further, to help mop up excess liquidity in circulation, and consequently halt the rising inflation rate.

“Real returns on fixed-income securities are depressed with the high inflation profile, continually undermining the Treasury’s financing operations. We note that short-term interest rates are misaligned, resulting in negative real yields, which could prompt the Monetary Policy Committee (MPC) to act in the week ahead”, Databank Research.

“However, Ghana cedi liquidity levels are already tight on the interbank market, and a further tightening of the MPR could stifle economic growth. So, while we maintain an additional 200 basis points (2%) hike in the policy rate in 2022, we expect the MPC to exercise restraint in May 2022, deferring a potential 100 basis points (1%) hike in MPR to July 2022.

The rising interest rates are expected to increase the cost of borrowing and production cost per unit of most businesses.

At the same time, government will borrow at a higher cost on the financial markets.

Its currency – the Egyptian Pound – has been recording rapid depreciation to the dollar.

Nigeria has the lowest interest rate of 1.74% among the top 11 African countries. 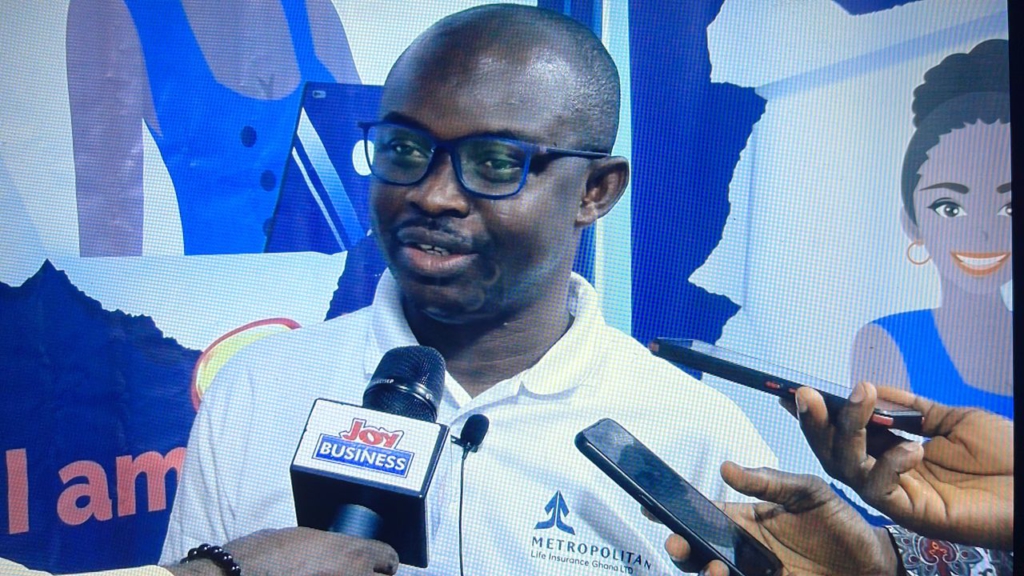 Some life insurance companies are making a case for a remunerative benefit to be offered to the policyholder after every three months under their life insurance policy.

Speaking at the launch of a Family Financial Wellness Plus product and Whatsapp Chat Bot named ‘Yaa’ for current and potential policyholders of MetLife, he said MetLife Insurance is making a case for a remunerative benefit offered to the policyholder after every three months under their life insurance policy.

According to him, active policyholders deserved some motivation, hence the innovation.

“We believe that you don’t necessarily have to make a claim. So you benefit if you also sign up to the product for that period that you have not actually not made a claim. This is also an opportunity for you to make some cashback benefit.”

Also known as No-Claim Bonus (NCB), it is a modest way through which the insurance company rewards the policyholder for having a claim-free year. Under this benefit, a monetary benefit is provided to the insured if no claims are raised in the previous policy tenure.

For his part, the Board Chair of the company and Managing Partner of CFY Partners, Charles Akun Egan, said life insurance should no longer be ‘business as usual.’

“They must think out of the box and be innovative around the tripod of Products, People, and Platforms to enhance their competitiveness”.

Meanwhile, CEO of KEK Group, Shaibu Ali has allayed fears product innovation in the insurance sector will serve as disincentive to brokers.

“A lot of us brokers are getting on board the technology platform so that we will be able to also interact with the customers on these same products. We are complementing each other.” 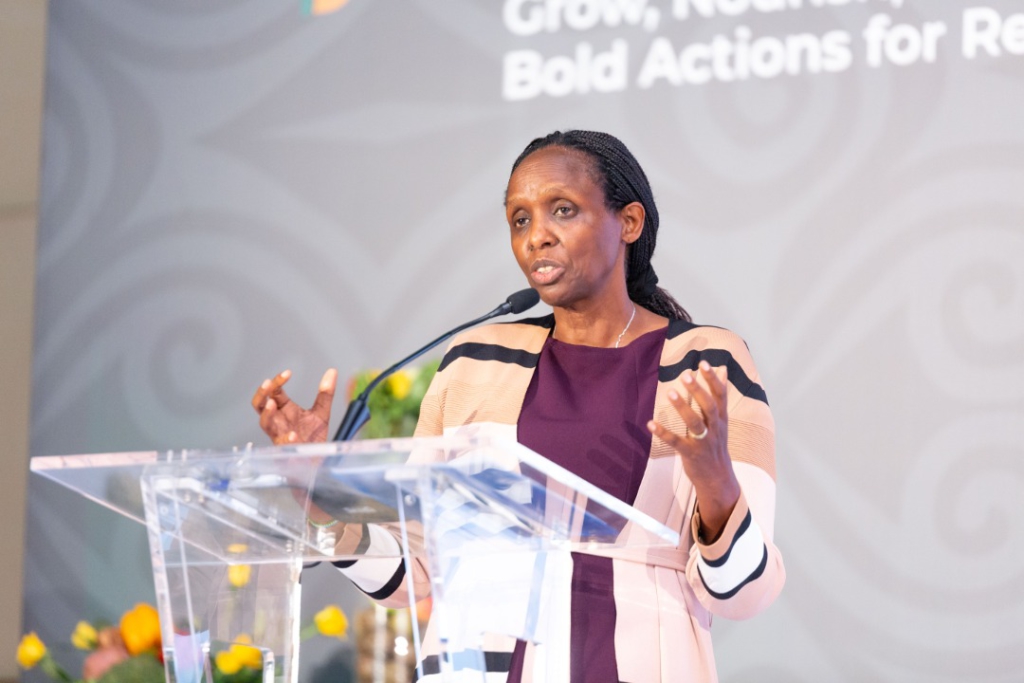 President of the Alliance for a Green Revolution in Africa (AGRA) Dr. Agnes Kalibata

The President of Alliance for a Green Revolution in Africa (AGRA), Dr Agnes Kalibata, has been selected as one of 16 eminent members of the Climate Overshoot Commission.

She joins former heads of government, national ministers, environmental leaders, and high-level international officials, who will evaluate additional approaches for reducing the climate risks of overshoot in an integrated way.

The Climate Overshoot Commission was formed upon the realization that global warming is fast approaching the 1.5 degrees Celsius goal of the Paris Agreement, and an ‘overshoot’ of that goal is likely within the next decade.

The Commission, which is chaired by former World Trade Organisation Director-General Pascal Lamy, will balance the potential, costs and risks of enhanced adaptation, carbon dioxide removal, and sunlight reflection against the serious impacts of a warming world.

The commissioners will meet six times over the next fifteen months – starting in Italy, New York and Egypt – to prepare a strategy that will be unveiled before the UN Climate Change Conference (COP28) of 2023. The expected strategy will be evidence-based, just, and promote equitable approaches for reducing risk in a dangerously warming world.

“Rising global temperatures are already creating challenges for global food systems. Africa’s smallholder farmers are facing adverse consequences as a result of fluctuating weather patterns. We are seeing this in droughts, floods, mudslides, and pest attacks across Africa.

“This Commission brings together leaders to work together in advocating for action that can prevent climate overshoot and develop appropriate response strategies to reverse global warming and limit the impacts of worsening climate change,” said Dr Kalibata, who served as the UN Secretary General’s Special Envoy for the UN Food Systems Summit in 2021.

Dr Kalibata brings to the Commission a wealth of experience from her involvement in agricultural and food systems, both as a successful minister of agriculture (Rwanda) and as the leader of AGRA.

In both these roles and many others, she has led the development of strategies enabling farmers to adapt to the vagaries of climate change and mitigating further damage.

Her contribution to finding global solutions to end hunger has seen her win numerous awards and international recognition, including the prestigious Africa Food Prize, an honourary doctorate from the University of Liège, and the National Academy of Sciences’ Public Welfare Medal, amongst many others.

Quiz: How good looking are you?