Despite cocoa being a rich source of Ghana’s income, these actors in the cocoa industry cannot say the same about their livelihoods.

Cocoa, one of Ghana’s major foreign exports, is the backbone of the country’s economy.

As a commodity that generates millions of cedis for the country, one would expect labourers of this essential fruit to earn a good wage; but that is not the case.

Speaking in an interview on JoyNews’ Living Standards Series, some farmers bemoaned the recent price hikes in the country, which they say is affecting their businesses and livelihoods.

Most youth hailing from the northern part of Ghana move down south in hope of greener pastures.

Abdul Rashid may be one of the thousands who are yet to break the shackles of financial constraints after he moved down south.

After his secondary education at Bawku in the Upper East Region, Rashid returned to his aged father at Krachikrom in the Ashanti Region to take up his cocoa farming business.

“My father started this farming business. He used the money he got to cater for my secondary education. But now, he’s grown so I’ve taken up the job.

“The dried cocoa beans can be here for almost a week without me gaining any money. Unless I borrow money to transport them, and use the little I get to pay up the debt,” Rashid said.

Cocoa, as a golden commodity, provides livelihood for over 700,000 farmers in the southern tropical belt of Ghana.

Rashid hoped the cocoa farming business which catered for all his secondary school expenses would do the same now.

But times are not the same anymore. Recent inflation in the country is crumbling his cocoa farming business.

“The money to buy fertiliser is even a problem. Until the cocoa is harvested, I cannot get money to purchase fertiliser. By the time the cocoa is ready for harvesting, I use the money I earn to pay up the debts incurred during cultivation,” he said.

He noted a significant decrease in his cocoa harvests as a result.

“I used to harvest 15 bags, but I can only harvest 5 bags now,” Rashid lamented.

Rashid is not alone in the cocoa farming business.

His brother, Issah Abass, joined him from the North to continue ploughing their father’s 10-acre cocoa farm together.

He anticipated a good living condition in the south; however, proceeds from the farm are not enough to support his family of three.

“I came down South to earn some cash to continue my education, but it appears where I was is better. I have no other job to fend for myself and family. I only rely on this cocoa business.”

His wife, Latifah, is fed up with the recent expensive cost of living at the village.

One may argue that the rural areas are blessed with cheaper and abundant foodstuff.

But Latifah does not sing in unison with this notion.

“We’re not earning enough from the cocoa business. It was better before but not now. I’ve even suggested to my husband to stop farming and find another job,” Latifah woefully said.

The farmers are not the only ones bearing the brunt.

Cocoa carriers are also worried over the meagre commission they accrue after trekking for hours to take home the bags of cocoa from the farm.

Majeed and his colleagues carry a bag of cocoa for GH¢3, an amount they say is not enough for financial upkeep.

Another carrier, Alfred Owusu, added: “I can only carry three bags. The farms are far from here. I climb hills with this heavy load on my head.”

Despite cocoa being a rich source of Ghana’s income, these actors in the cocoa industry cannot say the same about their livelihoods.

The first batch of young individuals who signed onto the Believe in Ghana (BiG) project in Kumasi have graduated to venture into the creative arts and manufacturing industries.

The Believe in Ghana (BiG) project trains young aspiring entrepreneurs to take charge in the creative arts and manufacturing sectors.

Trainees are engaged in bakery and pastries, soap and bleach making, batik and tie and dye as well as beads making.

Project originator, Tony Donkor, says the employment rate of the youth in Ghana needs to be addressed through such innovations.

“The project intends to raise a generation of knowledgeable youth who can take up the manufacturing space in order to secure a brighter future for the Ghanaian youth.

“The project intends to equip illiterate, semi-literate and literate persons with the skills set to secure a better future in the absence of a salaried job” he said.

The BiG project has seen partnership with the Centre for National Culture in Kumasi who created the avenue for individuals to be trained through localized methods.

According to him, “people often portray cultural products as fetish and they do not want to patronize it, but if we can reorient the definition of culture to ourselves, people can then appreciate it.”

He added that, “accepting the cultural values our products stand will bring great benefit from.”

Mr. Issa also advised that the country takes its cultural values seriously in order to preserve the rich heritage as a people.

He indicated that, “our music, movies and arts should represent our heritage, rather than degrading it.”

The first cohort of 15 trainees under the project shared their experiences on the impact.

“I work in a travel agency and we usually host events where attires are worn. I signed up to the project so I can learn how to make apparels to get the contract for myself and make some money as well,” said Doreen.

Another participant, Sumaila said “I am a musician and I wanted to add a clothing line to it, so I enrolled to learn how to make batik Tie and Dye. I can use the technique to create my own brand in addition to the music I do”.

The BiG project intends to train over 10,000 persons in the Ashanti Region and further extend to other regions of the country.

The Believe in Ghana Project is under the operation of Techno Genesis, in partnership with The Multimedia Group, Kumasi and the Centre for National Culture, Kumasi. 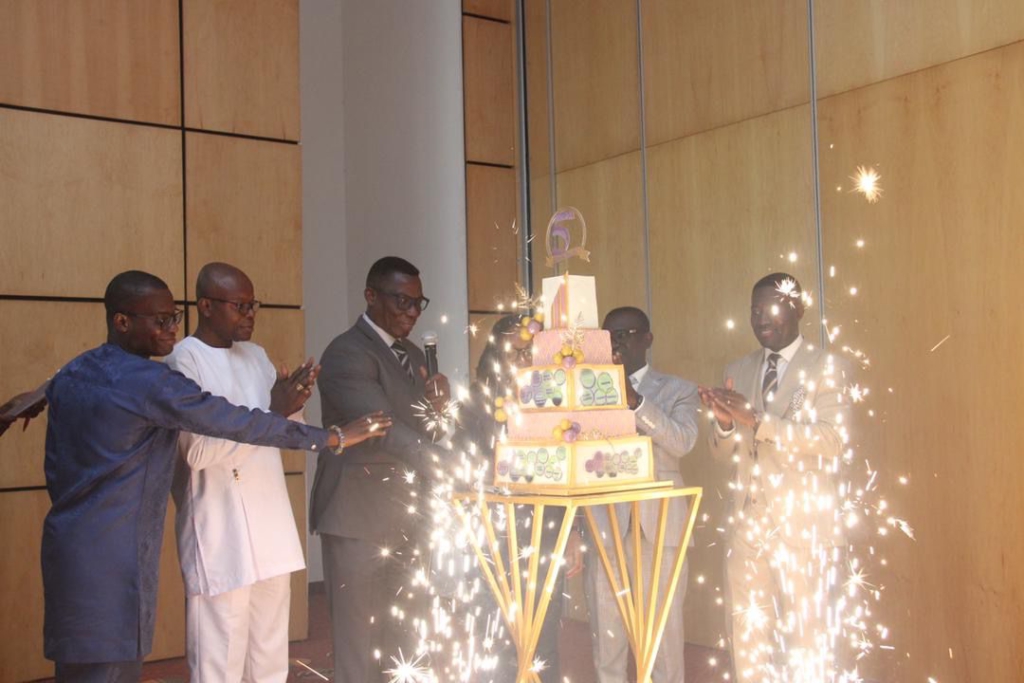 The Managing Director of Loyalty Insurance Company Limited, Ernest Frimpong, has expressed worry about some unhealthy practices in the insurance sector.

According to him, even though Ghana’s insurance market is highly competitive, characterised by a lot of innovation, some unethical practices like premium undercutting could hamper growth of the industry.

“There is a dichotomy; on one hand, the market is characterised by innovation, and on the other hand, there is also some unhealthy competition in the market. The issue of undercutting premiums has been around for a while. We need to change this narrative; we need stronger cooperation among ourselves for the benefit of our industry”. He added.

The company unveiled four new digital applications which it believes will place it at the forefront of technological innovation in the insurance sector.

The Managing Director also expressed gratitude to shareholders of the company for raising capital to meet the National Insurance Commission’s minimum capital requirement of ¢50 million.

The Commissioner of Insurance, Dr. Justice Ofori, commended the management and staff for embracing technology as part of their operations.

He urged them to re-strategise and remain customer-focused in order to remain relevant in the industry.

“Let me congratulate management and staff of Loyalty Insurance Company Limited for the attainment of five years of growth and consistent success and express my gratitude to all who have contributed to making the company what it is today,” he said.

Most Ghanaians are unaware of projects funded with oil funds, a public fora held by the Public Interest and Accountability Committee (PIAC) in the Western North and North East regions have revealed.

In both regions, the Committee held regional public fora on the 2021 PIAC Annual Report, which brought together stakeholders from the traditional council, religious groups, security agencies, traders, educational institutions, among others to deliberate on the management and use of petroleum revenues.

The participants also called for more projects to be executed with petroleum revenues.

It again reiterated its commitment to carrying out its mandate to ensure the prudent management and use of petroleum revenues in Ghana.

PIAC commends some oil funded projects but unhappy about some

In terms of the projects funded with petroleum funds, the Committee expressed satisfaction about some, whilst critiquing others, calling for urgent steps to complete them.

The inspection of the projects took place from Sunday, 24th to Friday, 29thApril, 2022.

Members of the Committee expressed satisfaction of the project which had been completed, commissioned, and was in use.

The Committee also expressed satisfaction with the senior staff bungalows which received a total of GH₵1,779,660 from the ABFA in 2020.

The project was reported to be 90% complete with bungalows erected and roofed, internal finishing virtually completed, and external works ongoing.

Again, the Committee welcomed the upgrading of the Nalerigu – Gbintri road, in the North East region which was allocated ₵20 million from the ABFA in 2020. It was also inspected by the PIAC team and officials of the Ghana Highway Authority.

In terms of project that the Committee called for urgent action to be completed, they included the rural market, situated in Amoaya, in the Western North region which received ₵107,327 from the ABFA in 2020, but work had stalled and the construction of a 3-Storey Administration Block for the Council, located in Nalerigu in the North East region.

Construction commenced in 2019, and the project was expected to have been completed in 2021. Outstanding works include painting, tiling, electricals, and furnishing.

PIAC was established under Section 51 of the Petroleum Revenue Management Act (PRMA), to among others, monitor and evaluate compliance with the Act. The Committee was inaugurated and commenced work on 15th September, 2011.