He alleged that his boss at Arthanns Company in February handed him a sack letter with a one-month salary without consideration for the trauma he went through as a result of the accident.

He said his monthly salary was GH¢1,100 adding that his boss explained that the contract with MAXAM Company, had been cancelled after the accident.

He said in an interview on Accra-based Adom FM that “At the end of February, my boss told me that MAXAM Company had terminated the contract with him, as such, he also had to terminate his contract with me.”

He stated that he sacrificed to save the community from the effects of the explosion if it had happened in the middle of the town.

Narrating how the explosion happened, Pappoe said “When I was almost getting to Appiatse, the town was in a bend and at that time, the Police escort had already negotiated the bend. I later saw a motorcycle coming from the opposite direction and immediately an Urvan bus was just close to him and trying to overtake a ‘Pragya’.

“The motor rider was still following the Urvan and just when the Urvan driver shifted to another lane, the motor rider lost control and two people fell from the motor. The motorcycle was heading towards my direction as he was very close.”

Pappoe said the motor’s fuel tank had opened and started leaking under his truck which sparked the fire and then came into contact with the truck adding that after he realised there was nothing he could do, he decided to quickly move out of the town before it exploded.

He stated: “When I realised there was nothing I could do, I decided to drive quickly from the town because I knew it was going to explode. That was when some of the residents started drawing closer to the truck and started shouting that the truck was on fire.”

“I knew what I was doing and so I didn’t even pay attention to the residents. I wanted to just move out of the town and drive past a fuel station and get a safer place and leave the truck there to explode even though I was feeling the heat in the truck,” he noted.

According to him, the residents followed the truck and did not heed to his warning because they wanted to take pictures and videos of the incident.

At least 13 people died and scores injured when the truck carrying explosives detonated.

My son’s death ‘spoils everything’ – Dag Heward-Mills opens up

5 priorities for Africa in 2022, according to the World Economic Forum 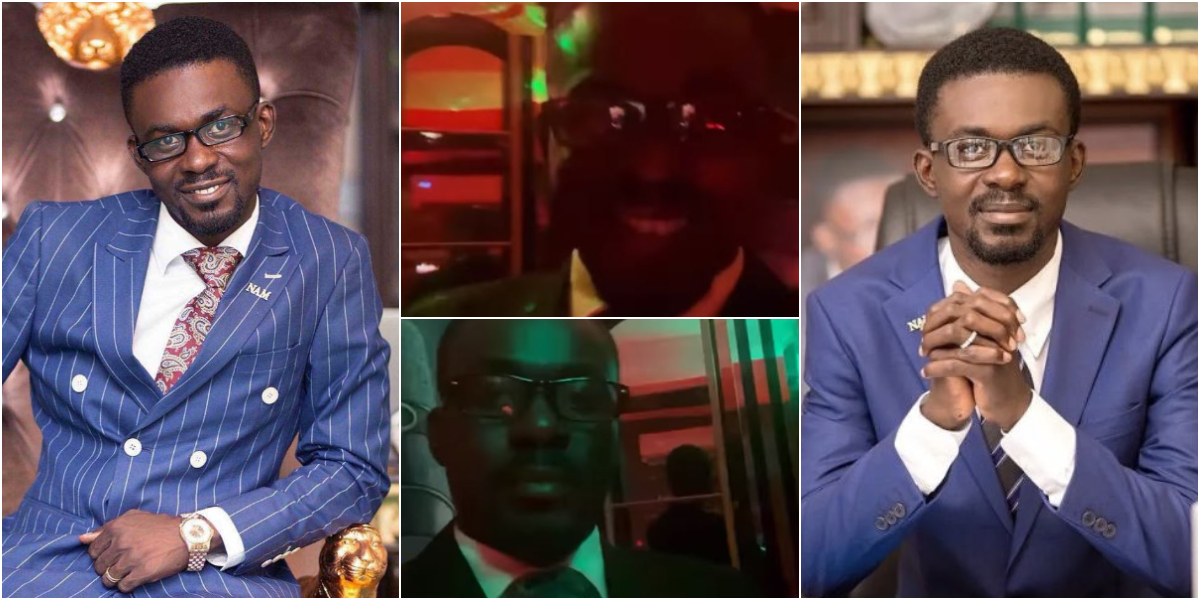 In the video, the embattled business executive is seen in a dark room with deem-colored lights with music playing loudly behind as seen in club settings.

Nam 1 who seemed ‘unbothered’ and gleeful bobbed his head to the music being played from behind as he calmly films himself on camera wearing a corporate suit.

Sharing the video, NAM1 thank well-wishers and flagged hope to aggrieved Menzgold customers mentioning that he is bent on fixing Menzgold as soon as possible.

He stated that the overwhelming love expressed to him on his birthday is the motivating factor for him to fix the company like the speed of light.

“A Knight templar is truly a fearless knight and secure on every side. For his soul is protected by an arm of faith, just as his body is protected by an arm of steel. He is thus deeply armed and need fear neither demons nor men”. Behold! the light is reborn. Thanks to y’all for the best wishes. Y’all gives me an urge; a good reason to want to FIX Menzgold swiftly like the speed of light. I’m motivated. God willing, we shall have clean slate a year by now. ” 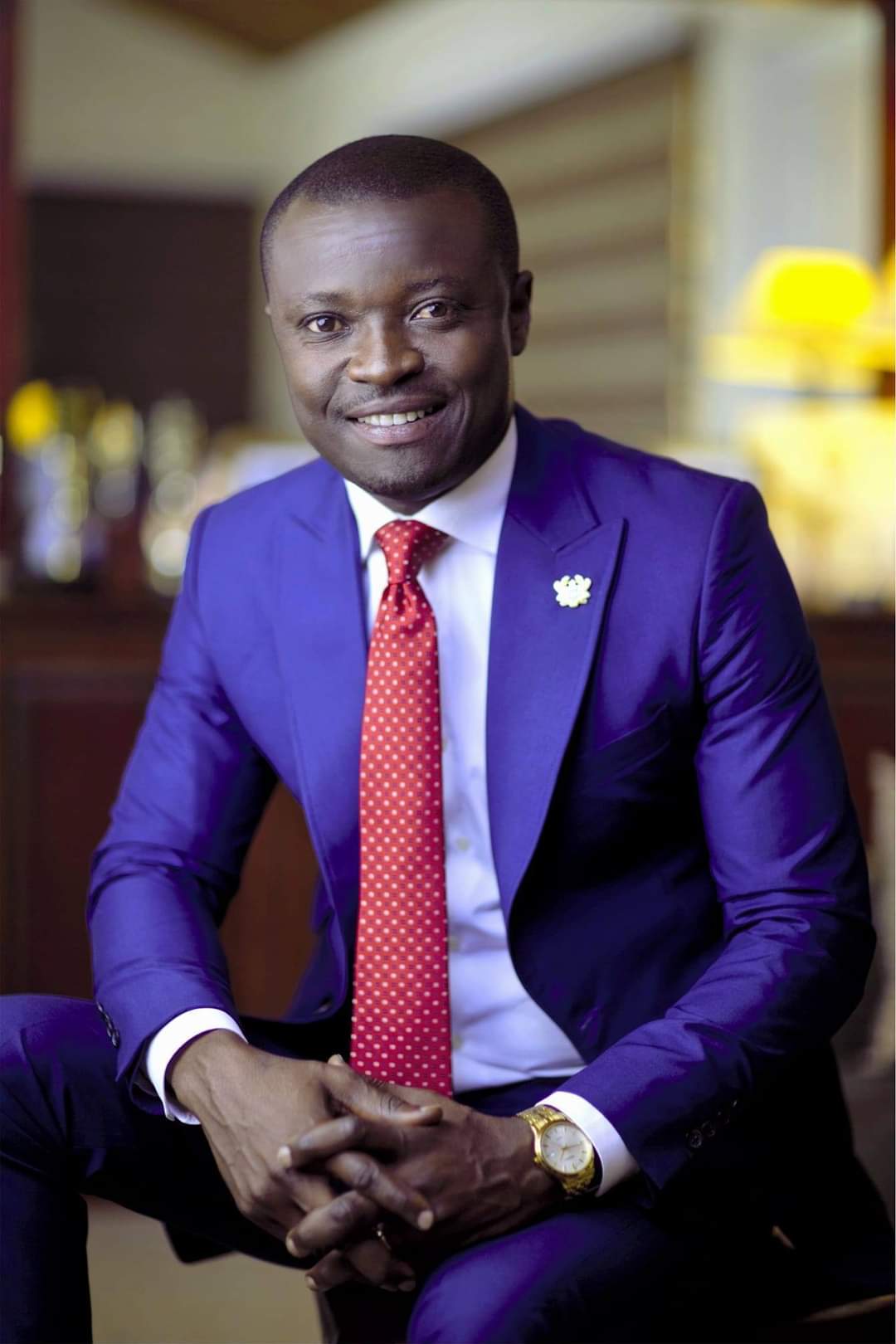 Mr Sackey, who has extensive experience in journalism practice was sharing his view on Ghana’s recent ranking by Reporters Without Borders with the Daily Graphic.

He explained that the afore-mentioned challenges were part of the reasons for the downward spiral in Ghana’s scores as captured by Reporters Without Borders rankings.

“The downhill spiral in Ghana’s scores as captured by Reporters Without Borders cannot be wholly blamed on the government’s supposed hostility towards journalists in Ghana.

This government has deliberately put several structures in place that rather give journalists access to information, including the passage of the Right to Information by Parliament in 2019 and signed into law by President Nana Addo Dankwa Akufo-Addo in May that same year,” he added.

Mr Sackey argued that within the timeframe in which the survey was conducted, no major anti-journalists incident occurred but was of the strong view that what contributed to Ghana’s ranking was the economic aspect of the report.

“Journalists are not paid well as the document stipulated. That aspect of the report is the gravamen of this whole brouhaha surrounding the outcomes of the survey,” he insisted.

Ghana dropped 30 places in the latest Press Freedom Index which monitors happenings within the media in 180 countries. Ghana scored high marks in areas such as Legislative Indicator, 81.42 per cent; Social Indicator, 79.64 per cent; and performed averagely in areas such as Political Indicator, 66.61 per cent and Security Indicator, 62.25 per cent. The new Economic Context, which was introduced in this year’s report, dragged Ghana to the 60th position, scoring 47.22 per cent, a sharp decline from its 30th place last year.

Referring to the rankings, Mr Sackey noted that with the introduction of a new context in the survey by the Reporters Without Borders, the dynamics had changed and that was what had contributed in Ghana moving down 30 places.

“If you look at the context that has been introduced this time by Reporters Without Borders, I am referring to the economic context, you and I know are practising journalists … tell me whether the media in Ghana really do pay good wages and salaries. Most individual journalists in Ghana are not economically empowered,” Mr Sackey said.“It is not happening. And so, when you have these kind of things in place, it changes the dynamics, it changes everything … The media economically are not doing well. So the big question we need to ask ourselves is, how can we as a nation resolve this particular problem?” Mr Sackey asked.

He gave an assurance that the government was taking a number of steps to improve the economic conditions of the media sector, including the rolling out of the Digital Migration system through the Ministry of Communications and the National Communications Authority to empower the media economically.

Recently, the Ghana Journalists Association (GJA) had cause to complain bitterly about the poor conditions of service and at times no remuneration at all for journalists which he said was “a threat to democracy”.

The Outgoing President of the GJA, Affail Monney, said some of the “slave wages of journalists are in arrears”, while other journalists work without any pay at all and that if journalists are not sufficiently remunerated they cannot be diligent in executing their mandate and dutiful to the public”. 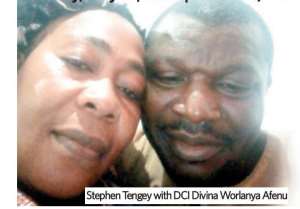 Edorla’s case, which the Police Professional Standards Bureau (PPBS) is probing, has sort of opened Pandora’s box with more women recounting their ordeals.

A woman whose name the Daily Guide didn’t disclose has alleged that she lost her husband to the Tema DOVVSU unit after she reported a case to them.

The woman recounted that she had lodged a case of spousal abuse against her husband to the Tema DOVVSU five years ago and provided them with pictures of her swollen and bruised face.

She added that a female police officer then called her husband and invited him to the police station.

According to her, she later discovered that the said DOVVSU officer and her abusive husband became lovers.

“One day, I was at home when my husband brought the pictures that I had given to the police officer as evidence to show to me. He further assaulted me and told me that, the case was going nowhere and true to his words too, no action was taken.

“It was later that I discovered that the said corporal who was then investigating my case was in a love relationship with my husband,” the woman is quoted to have said.

Then, another woman, who could not hide her joy over the coming to light of the alleged unprofessional conduct of some officers of DOVVSU, also narrated how she lost her husband to an officer at the same Tema station.

“Madam, we are happy that this case has come out. My husband was also taken from me by a police officer in Tema, and what surprises me was that after all the ordeal I reported to the police, my husband went to renovate the DOVVSU office for them.

“We pray that the current Inspector General of Police (IGP) looks at Tema, and if possible, make changes, because the situation is getting out of hand,” the anonymous victim said.