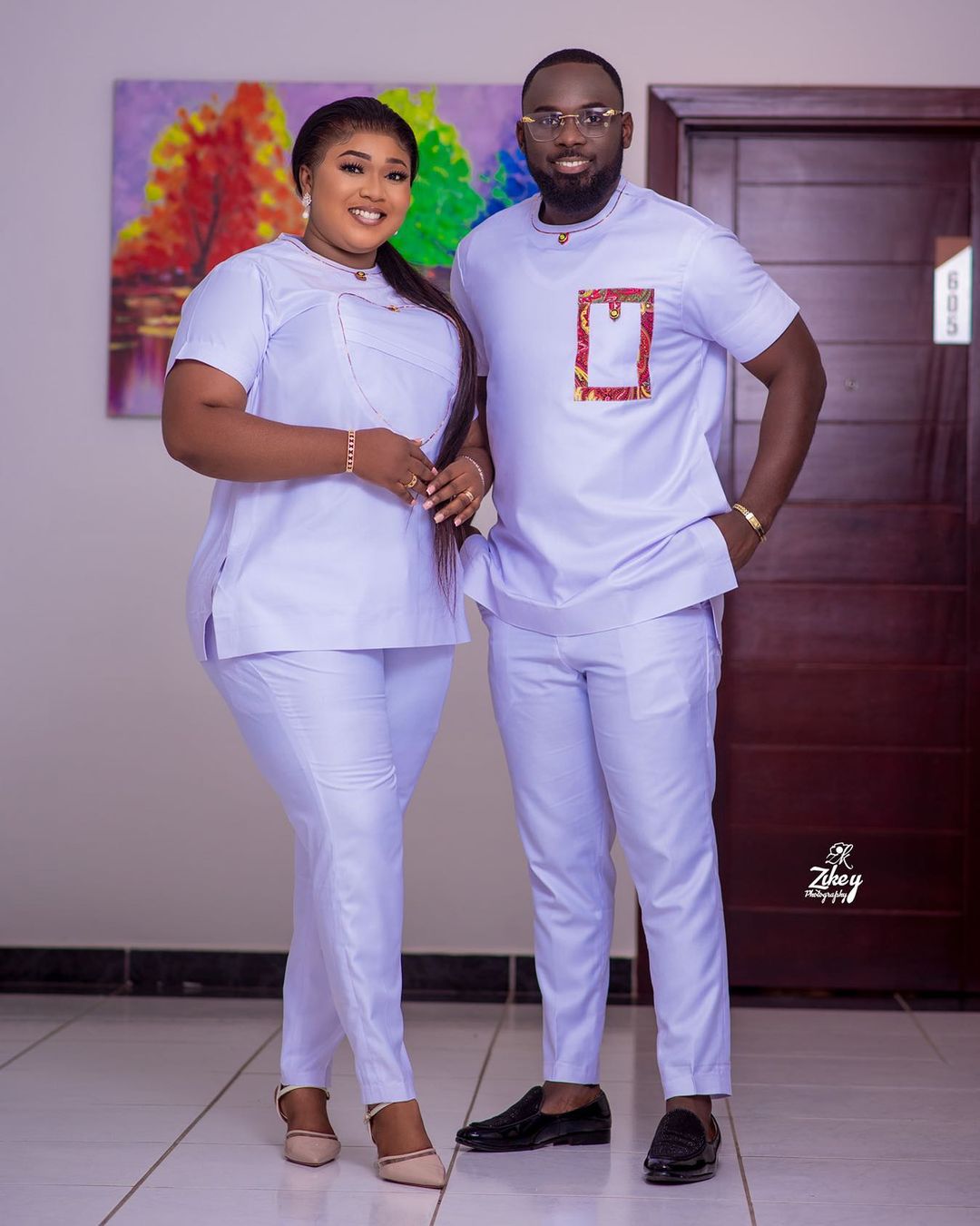 According to Xandy, she suffered those miscarriages due to abuse and trauma she endured in her collapsed marriage.

Xandy has therefore seized the moment to advise young women to “flee from any form of abuse in a relationship… don’t just walk away, run! In just a single year, I lost four children, I had four miscarriages…just imagine. I have mad love for children and so I am always excited when I conceive”.

According to Xandy, she nearly lost her mind when the challenges set in because she was crazy in love with Kaninja.

“In all my four pregnancies, I had a miscarriage and through it all, the man responsible never showed any concern… there was a time a different woman came into the scene, although he didn’t raise his on me, he pushed me against the wall and I had a miscarriage,” Xandy revealed.

Hear more from her in the video below.

It’s an insult to tax the church, only ungodly people are calling for it – Dr Lawrence Tetteh

In the last couple of weeks, a few breathtaking performances by Arsenal had put them in the driving seat for a fourth-place finish. Despite a horrible patch of form where they dropped points against mighty sides such as Crystal Palace, Brighton and Southampton, Arsenal recorded shock wins over Manchester United and Chelsea.

With another win over West Ham, hope was restored that the Gunners could yet qualify for their first Champions League since the 2016/2017 season.

However, heading into Thursday’s derby, Tottenham were in good form, taking a draw against Liverpool and a resounding win over Leicester. With this win, they now sit one point behind their rivals and have only Norwich and Burnley left to play.

A man who is as Arsenal as they come, Alex Iwobi joined the London club at the tender age of eight (8) and remained on their books until he was 23. The Super Eagles playmaker swapped North London red for Merseyside blue, joining Everton in 2019.

Despite early struggles at his new club Iwobi is currently playing his best football in ages. Playing in many ad-hoc roles such as central midfield and even at right wing-back, Iwobi’s versatility, work rate and flair have been key for Frank Lampard as he looks to guide Everton to safety in their remaining two matches.

In his last five appearances, Iwobi has completed an impressive 12 tackles while still maintaining a passing average above 80%. The midfielder’s work rate and tenacity have greatly improved under the former Chelsea manager and if Arsenal is to get anything in their match they need to be wary about their former youth prospect.

With all the proposed riches and impressive signings such as Bruno Guimaraes and Kieran trippier, Eddie Howe’s greatest coup this season has been without a doubt, his application of Brazilian forward Joelinton.

Signed in a rare big-money move pre-Saudi money, Joelinton remains Newcastle’s record transfer, joining from Hoffenheim for around £40m. Just as the earlier mentioned Iwobi, the Brazilian never really looked at home at Newcastle until his current manager took charge.

Signed as a striker, Joelinton has contributed just 10 goals and five (5) assists in his three seasons at Newcastle, which understandably led to many fans criticising the decision to sign him in the first place.

However, just like Iwobi, the 25-year-old has found better fortunes playing in a different position. Eddie Howe has used his physicality and tenacity to good use, playing Joelinton in the middle of the park as a box-to-box midfielder. Winning the ball back more than twice a match while still arriving late in the box, he has been a real asset for Howe’s men.

While Thursday’s loss might be a slight hiccup, Mikel Arteta would do well to remember that he has a thin squad to work with. The side looks to face an identity crisis whenever players like Kieran Tierney or Thomas Partey are missing and lack real depth in the middle of the park.

Facing teams fighting for their safety will always be a tricky fixture and Arteta will do well to rally his troops to overcome these potential potholes and bring glory back to the Emirates Stadium.

Kane netted a first-half brace while Son added a third goal in the second half as Spurs thrashed Arsenal 3-0 at the Tottenham stadium on Thursday night.

Kane opened the scoring in the 22nd minute from a penalty after Cedric Soares hacked Son to the ground following a floated cross from Kulusevski.

11 minutes later, Son was involved again as things went from bad to worse for the Gunners. They were reduced to ten men when Rob Holding received his marching order after two yellow card offences in the space of nine minutes.

Spurs capitalised on the numerical superiority to double their advantage four minutes later through that man again, Kane, who was at the right place and time to head home a cross from Son meant for Kulusevski to put Spurs 2-0 at the break.

Whatever Mikel Arteta told his team at the break was clearly not working as Son made it 3-0 minutes two minutes after the restart to end any hopes of a comeback for the Gunners.

It could have been worst for the visitors but they had Aaron Ramsdale in goal to thank after he denied Emerson Royal and Kane, a first North London hat-trick, later on, to keep the scoreline respectable.

In the end, Spurs walk away with their biggest Premier League victory over the Gunners to move within just a point of fourth place, currently occupied by their defeated rivals, Arsenal.

Harry Kane has reacted to his performance and Tottenham’s crucial win against rivals Arsenal in the race for the top four.

Kane was at the double as Spurs earned a comfortable and convincing 3-0 win in the North London derby on Thursday.

The goals took Kane’s record against Arsenal in the PL to 13 goals and the English striker says it was an ‘incredible atmosphere at the stadium.

“Obviously whenever I get a penalty I’m in a good place to put it away and get us off to a good start,” he told PL moments after the match.

“The back post goal is the one you get five times a season, arriving at the right time and we have scored from a couple of set pieces now. It was an incredible atmosphere, you could hear the tension building and it’s not often you get control of a game like this.” 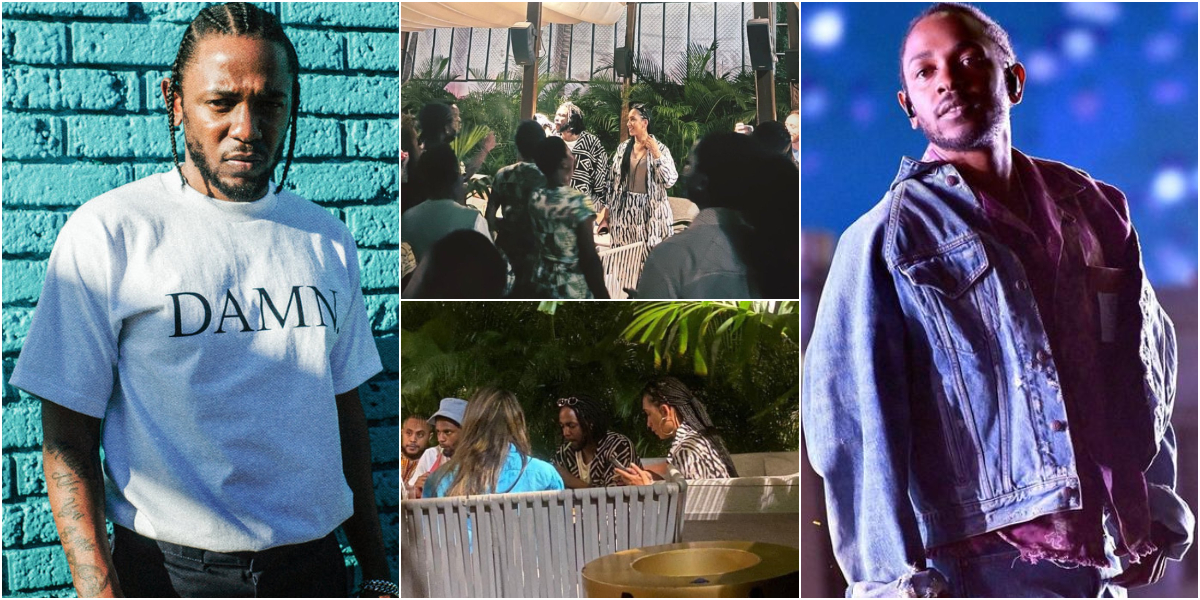 In the photo, the rapper is sighted rocking his signature hair as smokes from an unidentified object as he calmly sits with his entourage in a restaurant in Ghana.

The photo is already causing massive traffic online and has generated tons of conversations online with some Ghanaian’s already hoping for some collaborations with their favorite artiste in the country.

Kendrick Lamar was already in the trends barely a day ago ago revealing the cover artwork for his highly anticipated album Mr. Morale & The Big Steppers .

The art work shows Lamar in a crown of thorns holding a child; in the background is a woman with a baby.

Ghanaians seem overly excited about Lamar’s visit as they express it massively on Twitter.