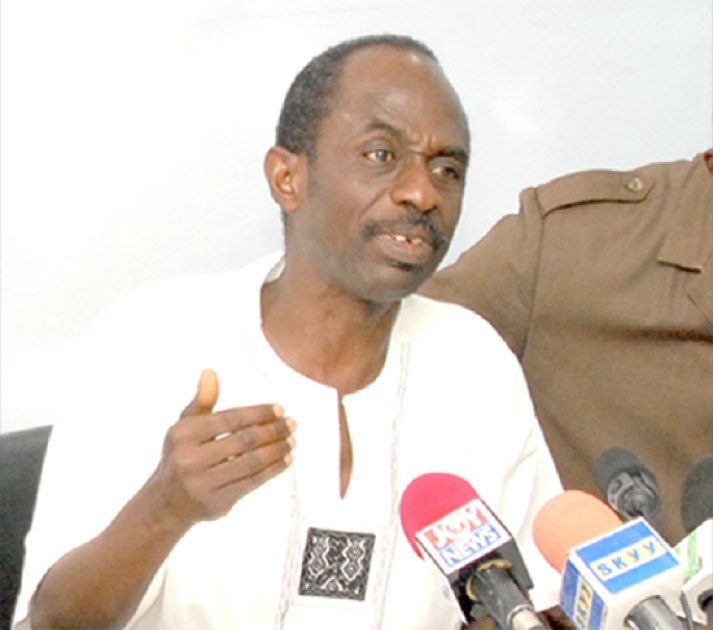 According to him, some politicians, whom he referred to as elected autocrats, who see such vital institutions as limitations on their power if left independent, will do everything possible to compromise them in order to have a field day.

A report by 3news.com said he mentioned the Electoral Commission (EC), the courts, tax authorities, and the media as some of the institutions that power-hungry politicians would always want to capture and silence.

“These are institutions that are calibrated in very democracy to regulate the use of power and check abuse of power but these are the very institutions when they fall into the hands of autocrats they begin capturing them, sort of compromising them, weakening them because the autocrats want to see those institutions as limitations on their power, or incumbrances that needs to be removed,” General Mosquito said, as quoted by the news website.

In similar news, the Member of Parliament for the North Tongu constituency, Samuel Okudzeto Ablakwa, has instructed his lawyers to cite the Commissioner-General of the Ghana Revenue Authority (GRA) for contempt of court over the e-levy implementation.

According to him, Ammishaddai Owusu-Amoah’s declaration that his outfit would go ahead with the implementation although there is a pending injunction filed to halt its implementation amounts to disrespect to the judiciary and the rule of law.

The GRA boss is reported as saying that the implementation of the E-levy will still take effect on May 1, 2022 as planned and announced, despite the injunction suit.

“I heard the GRA Commissioner and I have instructed my lawyers to cite him for contempt. He said he was going ahead with implementation of the E-levy. People must be careful, we are operating a constitutional democracy. All of us including the president are under the rule of law,” Ablakwa said on Accra-based Citi FM’s Eyewitness News.

The Ranking Member of Parliament’s Foreign Affairs Committee warned that the continuous disrespect for the rule of law by people in positions of authority is dangerous for the country’s shaky democracy.

“It is in the interest of those in power to make sure that they walk the narrow path of constitutional order. If they start setting such bad examples, practicing impunity and engaging in contempt of court, when things get out of hand, we cannot guarantee what will happen.

“Our constitution calls on us to rise up and defend the constitution. So, if you know there is an injunction and you decide that because you are commissioner or government official you will go ahead, I can also decide to mobilize people to stop you from violating the constitution. Let us send a clear message to these people who want to destroy our constitutional democracy. They don’t have monopoly over these unethical tactics.”

Women-owned businesses in Africa are faring better than expected with relatively high levels of resilience, according to a report

The Lionesses Business Confidence Report illuminates how COVID-19 is affecting Africa’s leading women entrepreneurs and how their businesses are performing relative to their expectations.

According to the report, 59% of women entrepreneurs who participated in the survey indicated that the pandemic didn’t impact their businesses. In contrast, the report noted that a small minority (5%) said they expect a recovery to pre-COVID-19 levels in 2023 or beyond.

Another fascinating insight from the report showed that women entrepreneurs overwhelmingly reported using retained earnings, personal capital, and funds from family and friends to finance their business operations to weather the impact of COVID-19. This implied that they financed their companies’ activities through 2020 and into first-quarter 2021 largely by tapping internal sources of financing.

Commenting on the report, Dr. Beth Dunford, the Bank Vice President for Agriculture, Human and Social Development, said in the report’s foreword, “The Lionesses Business Confidence Report comes at an opportune time. The report gives voice through data to the extraordinary African women entrepreneur role models who serve as an inspiration to other African women business builders as they respond to the ongoing challenges resulting from the Covid-19 pandemic.”

“The Lionesses Business Confidence Report provides a unique view of the African economy from the perspective of these leading women entrepreneurs,” said Lionesses of Africa Founder and CEO, Melanie Hawken. “The report illuminates how these women-led businesses performed through the height of the pandemic, their performance against expectations, and their current response to its ongoing impact. The report makes for insightful and encouraging reading,” she added.

The report concluded that women entrepreneurs regard digital transformation to be essential to their company, with 91% reporting it as “important” or “very important.” Based on the survey, two-thirds (68%) have confidence in their companies’ current digital capabilities. However, the majority (88%) report plans to increase spending on digital technology.

QUIZ: What do you know about the country Ghana?

Ghana is considered one of the more stable countries in West Africa since its transition to multi-party democracy in 1992. 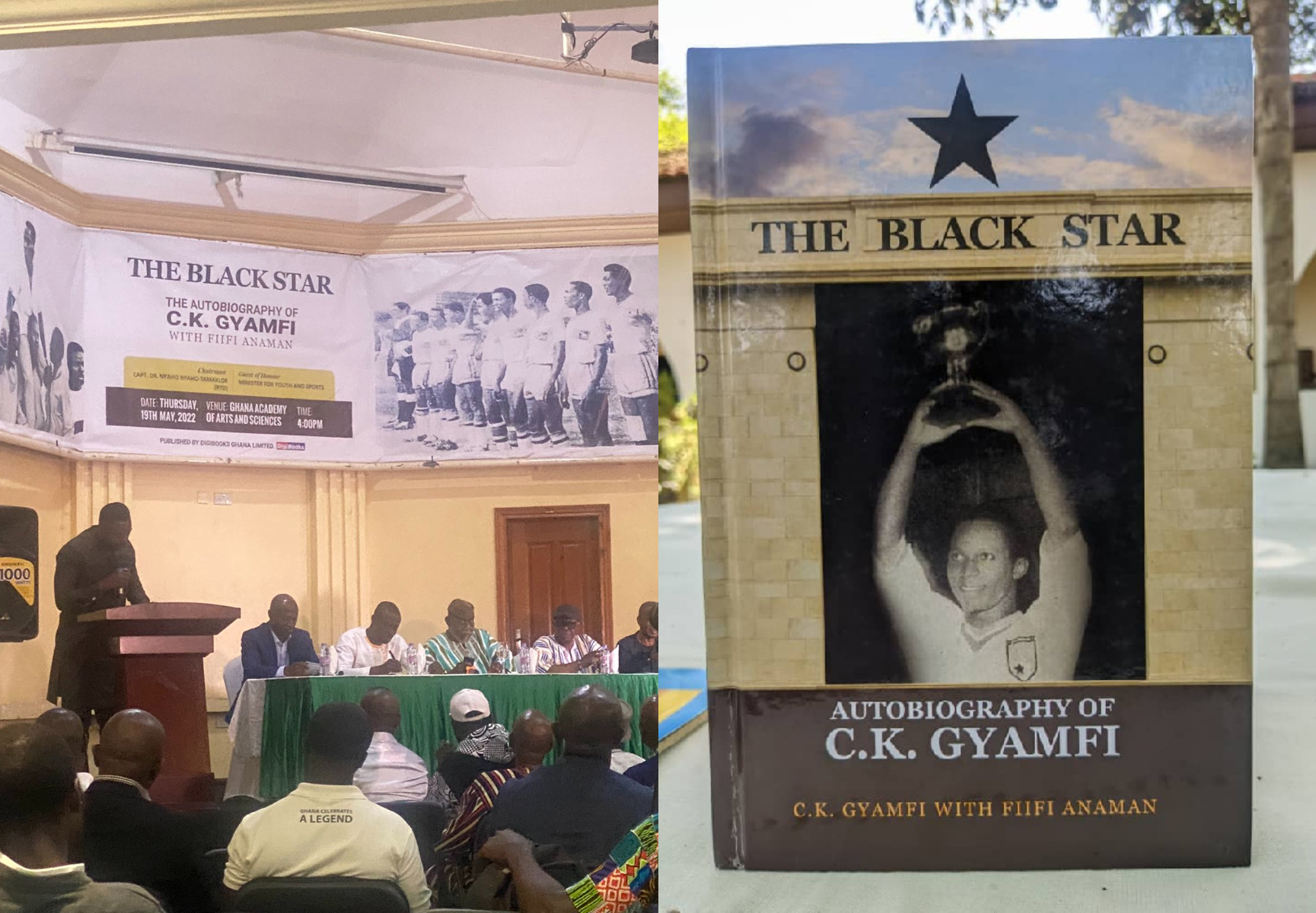 The book, which was co-written with the prolific Fiifi Anaman, captures the life story of the late Gyamfi, who passed away in 2015.

During the auction of the book, the first copy was bought by politician Kwabena Osei-Bonsu for a whopping GHc20,000.

The second copy was also purchased by Kwaku Ofori, with three other anonymous persons donating a sum of GHc5,000 each.

Meanwhile, all of CK Gyamfi’s sons were also present, as the autobiography of the ex-footballer and coach was launched.

Gyamfi remains one of the most decorated sporting icons from Ghana, having achieved a lot on and off the field.

He was the first African to play in Germany after joining Fortuna Dusseldorf. He also lined up for both Hearts of Oak and Germany during his playing career.

The late Gyamfi also led Ghana to their first-ever Africa Cup of Nations (AFCON) title and remains one of the just two managers to have won the AFCON three times.

Meanwhile, the net proceeds from the legendary sportsman’s book auction will go into the CK Gyamfi Foundation.

According to his son, Edwin Gyamfi, the money will then be used to support grassroots football in the country.