In a statement signaling the end of the strike, the drives and marketing companies said they have reached an agreement with the National Petroleum Authority (NPA).

The strike resulted in scarcity of gas for domestic and commercial use across the country.

Apart from their poor working conditions, they also cited the ban on the construction of gas stations across the country as a major reason for their strike.

“Also, where salaries are being paid, the monies being paid are meagre and incommensurate with the workload of the ordinary Tanker Driver. We have complained and taken industrial actions on many occasions in the search for redress. Unfortunately, on every occasion, we are given assurances and promises that our concerns will be addressed”, they pointed out.

The assurances and promises, they said, are always either forgotten or ignored as soon as they call off their action.

On, Thursday, 4 August 2022, Government lifted the ban on the construction of Liquefied Petroleum Gas (LPG) stations in the country.

Quiz: Only men who love big-ass can score 6/6 in this quiz

According to the Deputy Minister, Global Almas has land bank of more than 2,000 acres at Bimbilla, and additional land would be acquired as the operations expand with anticipated increase in demand for products.

He also noted that the factory produces 1,000 cartons of Yam Fufu Flour per day, under the brand name Almas Yam Fufu Flour, requiring the purchasing of 10,000 yams per day.

With respect to the cassava processing line, some 200 bags of cassava flour is produced per day, with the company engaging some 20 farming groups, who have committed themselves to produce for the factory.

The New Juaben South MP further stated that the total cost of the factory is pegged at GH¢9.2 million, with a 60% equity contribution from the promoter translating to about GH¢5.2 million.

The Ghana Exim Bank has also provided a credit facility amounting to GH¢1 million (10.8% of the total project cost) which was disbursed in February 2021.

Global Almas has, thus far, created more than 74 direct jobs including Management, Supervisors, Food scientists, Laboratory technicians, and Maintenance Technicians as well as women who are involved in the peeling, cleaning, bagging, stitching machine attendants, and sorting of the yam/cassava.

Already, the company has signed an agreement with Sinostone Ethanol Manufacturing Company located in Juapong to supply 1,000 tons of cassava chips every month.

Another agreement has been concluded with Bofas Company Limited located in Wa for the supply of a 40-foot container of yam fufu flour every month for export to the US market.

FIFA World Cup to get new kickoff date, set to kick one day earlier on November 20

The opening game for the 2022 World Cup was scheduled to hold on Monday, November 21.

A group made up of FIFA president Gianni Infantino, and executives of the six continental football associations could decide in a matter of days.

Officials from Qatar and the South American soccer governing body CONMEBOL, have supported the idea to create a 29-day tournament rather than the long-planned 28.

The Qatari and Ecuadorian soccer federations have also been involved in the discussions.

What was the original plan for the World Cup?

The Netherlands are scheduled to take on Senegal at 1 pm local time in Doha on Monday, November 21: a game meant to kick off the World Cup.

Although hosts Qatar and Ecuador are also in Group A, their match was scheduled to begin six hours later on the same day.

After discussions with key European leagues that will continue to hold their club matches through November 13, FIFA agreed to a shorter, 28-day World Cup that requires four games to be played per day during the group stage, eliminating a Sunday start for the Qatar tournament.

Qatar to host the World for the first time

In December 2010, a controversial vote conducted by the FIFA executive committee saw Qatar defeat the United States, 14-8 to claim to hosting rights.

For the first time in the 92-year history of the competition, the 2022 World Cup will take place when it is not typically summer.

All previous 21 tournaments have been played between the end of May and the end of July.

Joseph Commey cites malaria, boil under armpit as reasons for settling for silver 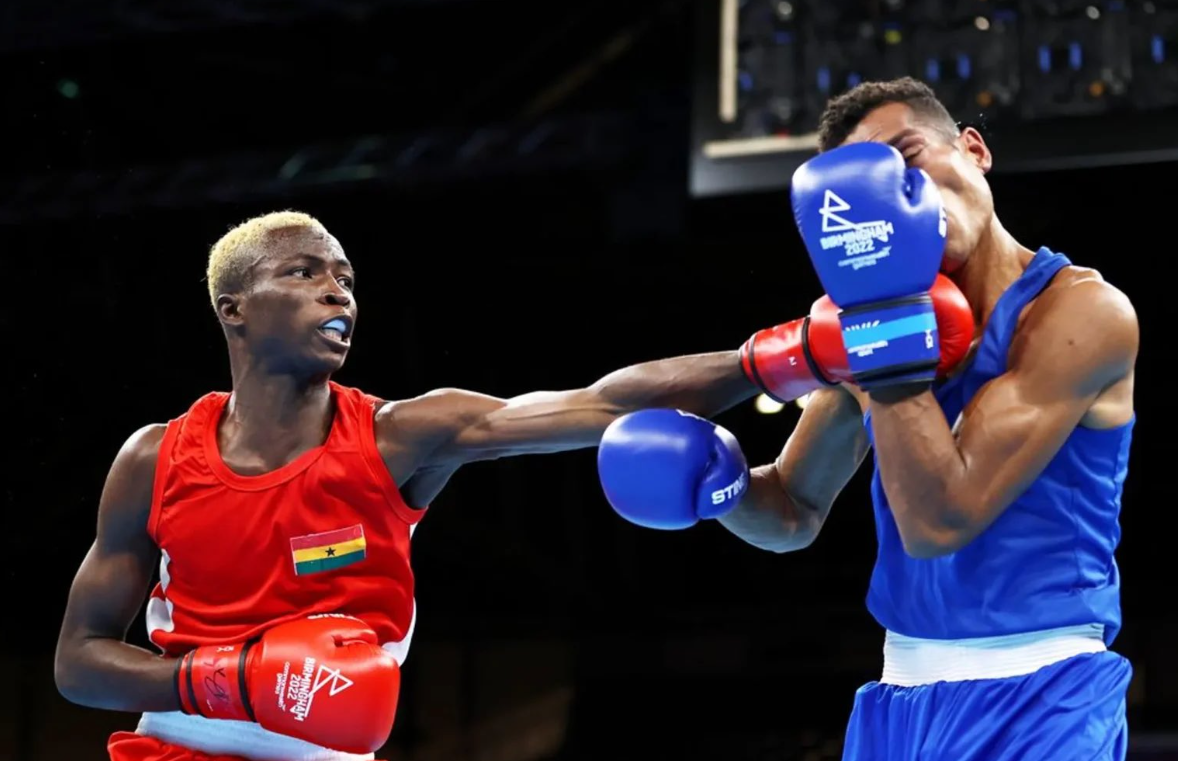 However, a few hours before the bout, news emerged that the Ghanaian was ill and had been declared unfit to compete.

This forced Commey to forfeit the final, therefore, settling for a silver medal while Gallagher walked away with the gold.

Explaining the events of that day, the teenager said he suffered from malaria and also had a boil under his armpit, which meant he couldn’t compete.

“I was going to the finals when I was struck with the illness. I had both malaria and a boil under my armpit,” he said, as quoted by Ghanaweb.

“After the checkup, I was told by the doctor that I couldn’t fight though I insisted on fighting. Anything could have happened if I had fought, so we give glory to God in all things. Maybe next time I might win gold or maybe the Olympics games I might win gold.”

Meanwhile, Ghana won five medals at the Commonwealth Games in Birmingham which ended on Monday, August 8, 2022.

In athletics, Joseph Paul Amoah scooped bronze after impressively finishing third in the final of the 200m event with a time of 20.49s.

This takes the country’s total haul at the Commonwealth Games to 62 medals since the inception of the Games in 1954.

Kofi Adomah was beaten for cheating on his wife – Maa Linda